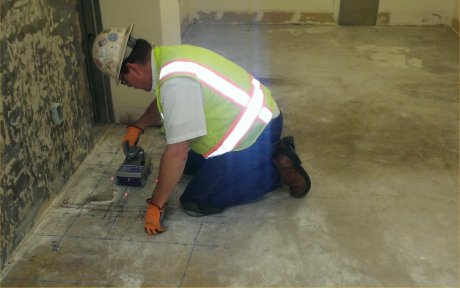 GPR Compared to Other Methods

While the benefits of X-ray can be great, most of our clients will agree that the ease of use, safety and lower cost of GPR makes it a much better choice for their needs.

Health and Safety
Both GPR and X-ray devices use electromagnetic energy and are within the electromagnetic spectrum. The main difference between them is the frequency or wavelength transmitted by the device. X-ray has a wavelength that is damaging to human tissue whereas GPR has a wavelength the same as radio. It is therefore controlled by the FCC, is roughly the same power level as a cellphone, and is basically harmless to human tissue.

Scheduling
X-ray can only be done when people are not around, like nights or weekends. At first this might seem like a feasible option, but a project foreman must be on site while conducting the X-ray to ensure locating and access to both sides (or floors). If there is a conflict found in a scan, somebody who is responsible and authorized must make a decision for relocation and a re-shooting of the scan.

If there is no foreman and the technician leaves, and the core driller is not clear to core, then you will have to reschedule and re-set up resulting in more relocate and show-up costs. GPR on the other hand is based on technician hours. He can scan during the normal working hours and just keep expanding the scan area until you have found the clearances needed.

Accessibility
X-ray can only be performed if the technicians have access to both sides of the structure to be scanned. A technician with the radiation source has to be on one side while a technician with the film must be on the other. A slab on grade (dirt), a foundation, a stemwall or a basement wall against a hill side would be inaccessible for x-ray equipment.

GPR is lightweight, mobile, and is handled quickly by one technician from one side of the structure with very little or no interruption to local operations.

Speed
A crew of 2 X-ray technicians may only be able to perform approximately 10 scans per shift, while a single GPR technician can quite easily perform 3 to 5 times that many.

Cost
This is self explanatory but the cost benefits are substantial.